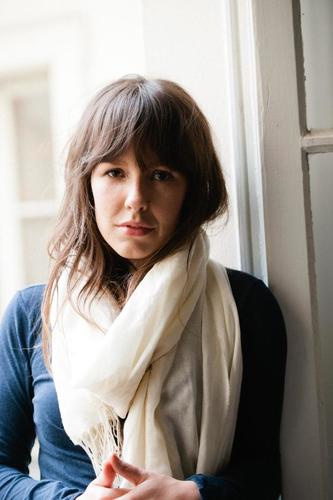 Tara June Winch is an Australian (Wiradjuri) author. Her first novel, Swallow the Air won several literary awards. In 2008, she was mentored by Nobel Prize winner Wole Soyinka as part of the prestigious Rolex Mentor and Protégé Arts Initiative. After The Carnage, her second book was published in 2016 to critical acclaim. Her third, The Yield, was first published in 2019, to commercial and critical success and took out three prizes including Book of the Year at the NSW Premier's Literary Awards. She resides in France with her family.


Knowing that he will soon die, Albert ‘Poppy’ Gondiwindi takes pen to paper. His life has been spent on the banks of the Murrumby River at Prosperous House, on Massacre Plains. Albert is determined to pass on the language of his people and everything that was ever remembered. He finds the words on the wind.

August Gondiwindi has been living on the other side of the world for ten years when she learns of her grandfather’s death. She returns home for his burial, wracked with grief and burdened with all she tried to leave behind. Her homecoming is bittersweet as she confronts the love of her kin and news that Prosperous is to be repossessed by a mining company. Determined to make amends she endeavours to save their land – a quest that leads her to the voice of her grandfather and into the past, the stories of her people, the secrets of the river.

Profoundly moving and exquisitely written, Tara June Winch’s The Yield is the story of a people and a culture dispossessed. But it is as much a celebration of what was and what endures, and a powerful reclaiming of Indigenous language, storytelling and identity.
02

Swallow the Air
An Alternate Cover Edition of this ISBN can be found here.

When May's mother dies suddenly, she and her brother Billy are taken in by Aunty. However, their loss leaves them both searching for their place in a world that doesn't seem to want them. While Billy takes his own destructive path, May sets off to find her father and her Aboriginal identity.

Her journey leads her from the Australian east coast to the far north, but it is the people she meets, not the destinations, that teach her what it is to belong.
03

After The Carnage
After the Carnage is the much-anticipated new fiction from best-selling Australian writer Tara June Winch. She is touring the east coast of Australia during August.
Tara’s first novel, Swallow the Air, was published in 2006 and won the David Unaipon Prize as well as a plethora of other literary awards. Tara was hailed as one of Australia’s finest young writers and her book became part of the HSC syllabus.
After the Carnage is another unforgettable work of fiction – this time a collection of stories about characters living all over the world, from New York to Istanbul and from Pakistan to Australia.
Tara’s characters are living at a distance, displaced from their countries, marriages, families, friends and even identities. They are struggling with feelings of loss and of being adrift, trying to reconcile their dreams with reality.
A single mother resorts to extreme measures to protect her young son. A Nigerian student undertakes a United Nations internship in the hope of a better future. A recently divorced man starts a running group with members of an online forum for recovering addicts.
PRAISE FOR TARA JUNE WINCH
‘Her writing is raw and sparky, her prose so charged with energy that it bursts, Melville-like, into occasional poetic firestorms.’ Age
‘The quality of her writing, her eye for the miniature of life, fleshes out both place and persona, and ultimately guides the reader’s entry into her action. She is gifted.’ Wole Soyinka, Nobel Laureate (Literature)
TARA JUNE WINCH is an Australian writer based in France. She has written essay, short fiction and memoir for Vogue, Vice, McSweeney’s, and various Australian publications and anthologies. Her first novel, Swallow the Air, was published in 2006 and won numerous literary awards, including the David Unaipon Award and a Victorian Premier’s Literary Award. It has been on the education and HSC syllabus for Standard and Advanced English in Australia since 2009. In the same year she was awarded the International Rolex Mentor and Protégé Award that saw her work under the guidance of Nobel Laureate Wole Soyinka.
04

Available from:
Review of Australian Fiction
05

Things a Map Won't Show You: Stories from Australia & Beyond
An unforgettable collection of short fiction, poetry and comic art from Australia and beyond...
06

A sleepy town is gripped by delusory grief after the movie being filmed there wraps and leaves. A lingering heartbreak is replayed on Facebook. An ordinary family walks a shaky line between hopelessness and redemption.

Brilliant, shocking and profound, these tales will leave you reeling in ways that only a great short story can.

The Best Australian Stories: A Ten-Year Collection
The best of the best . . .

This essential book takes a decade of Best Australian Stories and selects the most outstanding short fiction by the country's finest writers. These stories range widely in style and subject: there is drama and comedy, subtlety and extravagance, tales of suspense, love, fantasy, grief and revenge. Together they showcase the strength and diversity of Australian fiction at its very best.

This anthology, compiled by award-winning author Anita Heiss, showcases many diverse voices, experiences and stories in order to answer that question. Accounts from well-known authors and high-profile identities sit alongside those from newly discovered writers of all ages. All of the contributors speak from the heart sometimes calling for empathy, oftentimes challenging stereotypes, always demanding respect.
09

One Book Many Brisbanes 4
Brisbane is a city of many stories and this anthology celebrates Brisbane's 150th anniversary as a municipality with a special collection of stories.

From personal memoirs to tales of early immigrants, newly arrived refugees, families, love and loss--the stories are a celebration of our vibrant, cosmopolitan city.

Read our ten stories and be touched by the different experiences and facets of the city that make Brisbane unique.