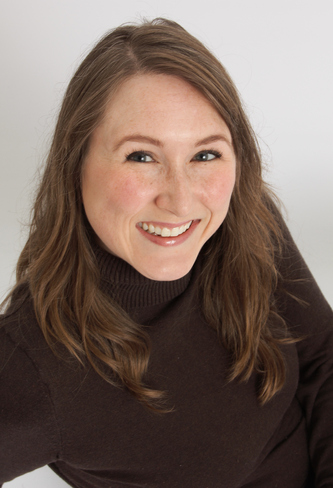 Jessi lives with her husband and children in the Seattle area. She’s a passionate reader of all genres of romance, especially anything involving the paranormal. Ghosts, demons, vampires, weres, faeries...you name it, she’ll read it. As for writing, she's sticking to Highlanders and contemporaries with a paranormal twist (for now).

For updates, visit Jessi's website at www.jessigage.com. Using the contacts page to sign up for her newsletter will ensure you never miss a new release.

Wishing For a Highlander (Highland Wishes #1)
Single-and-pregnant museum worker Melanie voices an idle wish while examining a Scottish artifact, that a Highland warrior would sweep her off her feet and help her forget her cheating ex. The last thing she expects is for her wish to be granted. Magically transported to the middle of a clan skirmish in the sixteenth-century Highlands, she comes face to face with her kilted fantasy man.

Tall, handsome, and heir to his uncle’s lairdship, Darcy Keith should be the most eligible bachelor in Ackergill. Instead, thanks to a prank played on him in his teenage years, he is known for being too large under his kilt to ever make a proper husband. “Big Darcy” runs his deceased father’s windmills and lives alone at his family manor, believing he will never marry.

But a strangely dressed woman he rescues from a clan skirmish makes him long for more. When the woman’s claims of coming to Ackergill by magic reach the laird’s ears, she is accused of witchcraft. Darcy determines to protect her any way he can, even if it means binding her to him forever.

The Wolf and the Highlander (Highland Wishes #2)
Anya’s been a bad girl. A vindictive plot against one of her clansmen backfired, resulting in her grave injury. Scarred and crippled, she finds nothing lovely about herself, and doesn’t expect anyone else to either. But when a magical wishing box sends her to another dimension, she becomes the most valuable prize imaginable.

While hunting a rare marbled boar, Riggs, a trapper in Marann’s western forest, hears a strange cry. Distracted from the hunt, he loses the sow but finds instead something more valuable than a whole cart packed with marbled boar skins. A woman. She is delicate, and her ears are curiously rounded. She is not wolfkind. Maybe she is the miracle his people have been hoping for.

Riggs must bring Anya to King Magnus, because breeding rights belong first and foremost to His Majesty, who needs an heir. But the female calls to a primal part of him. He longs to keep her in secret and take her as his mate. But if he gives in to the temptation, he could single handedly bring about the end of civilization.
03

Choosing the Highlander (Highland Wishes #3)
As a mechanical engineer in 1981 Chicago, Connie designs plumbing systems. She has also designed her life to perfection, right down to the man she hopes to marry. But when Mr. Right proposes, she can’t say yes. A head-clearing vacation brings her to the Scottish Highlands, where her free-spirited twin wishes for Connie to find true love. Neither sister expects the wish to send Connie hurtling five hundred years into the past.

Wilhelm Murray, heir to the barony of Dornoch, hopes to one day hold a seat in parliament and bring urgently needed reform to Scotland. But everything changes when a woman slated for execution proclaims her innocence using the most peculiar language. Powerfully attracted to the brave beauty, he rescues her even though it means becoming a fugitive and forfeiting his dream.

As Connie and Wilhelm evade capture, she discovers his passion for justice. Scotland needs his ideas. It needs him. And so does she. But in order to clear Wilhelm’s name, she will have to turn her back on everything she’s worked so hard for and embrace the magic of love.
04

King's Highlander (Highland Wishes #4)
Danu, goddess of Wolfkind, has fallen for a mortal. Ever since fate thrust her into the body of a mortal woman, potent desires have plagued her. Surely, returning to her true form will cure her of the longing to fall into bed with the handsome King Magnus. Unfortunately, in her current state, she has no power to transform herself. Worse, she has no power to save her people from the wicked demigod intent on subjugating them.

King Magnus has waited fifty years for Seona, the human woman prophesied to become his queen and the mother of his heir. Now that he has her, she wants nothing to do with him. Until a terrible accident steals her memory. Where Seona once hated him, she now flirts with him. Where she once fled his protective custody, she now marvels at every nuance of life within his castle walls.

Magnus has been betrayed too many times to trust easily. Seona’s new behavior is suspect. But try as he might, he cannot deny his growing passion for her. Just when he begins to believe Seona will finally be his in every way, he learns a truth that rocks him to his core and puts his kingdom in peril. To save his people, he must rely on a new, fragile faith that challenges everything he thought he knew, and risk losing a love that transcends mortality.

Warning: Two pairs of “happy ever afters” are on the line in this wild ride of a fantasy romance. It is recommended that readers experience The Wolf and the Highlander (Highland Wishes, Book 2) first.
05

Divorced construction worker Derek has anger management issues. Acting rashly on the freeway, he causes an accident. His truck escapes unscathed, but he can’t say the same for his conscience. Visions of the wreck haunt his dreams, but they’re always followed by the sweet caresses and soothing words of a beautiful woman who calls to everything male in him.

Cami assumes she is dead. With no memory of her past, all she knows is endless fog and the occasional visit to a darkened bedroom where she comforts a man battling nightmares. When she wakes in a hospital bed and regains her memory, she assumes the ruggedly-handsome Derek was no more than a figment of her concussed mind.

As Cami recovers, she learns that Derek is not only real but also the driver charged with causing her accident. She should be furious with him, but their inexplicable nights together showed her a tender side beneath his rough exterior. Will she let one reckless mistake drive them apart, or will forgiveness have the right of way?
06

Passionate Kisses 3: Under the Mistletoe Anthology
Curl up under the mistletoe with these 10 brand new novellas in the sexy Passionate Kisses romance anthology! From Italian stallions to bad boy bartenders, small towns to big cities, all of these stories by USA Today best-selling authors promise to keep you warm this holiday season.

HOLIDAY BARGAIN by Jessi Gage
ONE STARRY KNIGHT by Sydney Holmes
SCROOGE YOU by Nikki Lynn Barrett
A MISTLETOE MOMENT by Victoria Barbour
MIRACLE OF LOVE by Allie Boniface
CHRISTMAS IN STILETTOS by Rebecca J. Clark
ALMOST ROMANCE by Kylie Gilmore
KISSING COOPER by Liz Kelly
A RING FOR CHRISTMAS by Wendy Ely
A CHRISTMAS KISS TO REMEMBER by Magda Alexander

Cole in My Stocking (Blue Collar Boyfriend #3)
Mandy never planned to return to Newburgh, New Hampshire, the hometown that unfairly branded her a slut, but she has no choice. Her father has died, and she'll be spending Christmas settling his affairs. She hopes to get in and out of town without attracting the looks of disgust that drove her away, but when a certain Oakley-wearing, Harley-riding cop starts hanging around, an old crush is revived and the rumor mill restarts with a vengeance.

Cole has always been attracted to Mandy, but he has never acted on it. Besides being sixteen years older than her, he was friends with her father. The rumors people in town spread about her were bad enough without an inappropriate relationship adding fuel to the fire. But when Mandy returns to Newburgh fully adult and looking more gorgeous than ever, he can’t keep his distance, especially when an old secret of her father’s surfaces and puts her in danger. He’ll stop at nothing to protect her, but convincing her to stay in Newburgh, with him, will take a Christmas miracle.

Reader Advisory: Contains references to a past sexual assault
08

When exotic dancer Jade seeks refuge from an abusive boyfriend in her grandmother’s aging Victorian home, she finds she’s not the only houseguest. A dream-invading incubus has taken up residence, and it wants Jade’s soul. Fortunately, a flirtatious lawn-care provider has a trick or two up his sleeve for dealing with hauntings. And he has definite rebound-guy potential—if only he would stop inviting her to church.

The virginity vow Emmett "the lawn guy" Herald took when he was seventeen has become legendary in Dover, Vermont. Ten years later, everyone is waiting to see if he’ll blow a decade of “waiting for marriage” now that he’s dating the new girl from the big city. Even Emmett thinks he has met his match in the vivacious Boston beauty. In fact, he’s starting to think virginity may be overrated.

A spark of attraction ignites between Jade and Emmett, and quickly grows into a roaring inferno. But with a demon fanning the flames, attraction has never been so perilous.
10