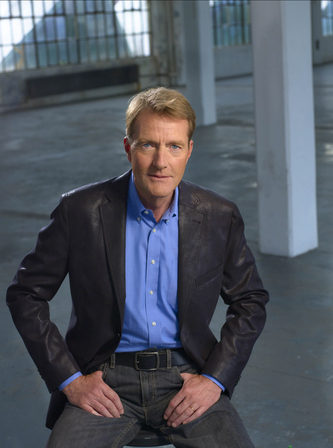 Lee Child was born October 29th, 1954 in Coventry, England, but spent his formative years in the nearby city of Birmingham. By coincidence he won a scholarship to the same high school that JRR Tolkien had attended. He went to law school in Sheffield, England, and after part-time work in the theater he joined Granada Television in Manchester for what turned out to be an eighteen-year career as a presentation director during British TV's "golden age." During his tenure his company made Brideshead Revisited, The Jewel in the Crown, Prime Suspect, and Cracker. But he was fired in 1995 at the age of 40 as a result of corporate restructuring. Always a voracious reader, he decided to see an opportunity where others might have seen a crisis and bought six dollars' worth of paper and pencils and sat down to write a book, Killing Floor, the first in the Jack Reacher series.

Killing Floor was an immediate success and launched the series which has grown in sales and impact with every new installment. The first Jack Reacher movie, based on the novel One Shot and starring Tom Cruise and Rosamund Pike, was released in December 2012.

Lee has three homes—an apartment in Manhattan, a country house in the south of France, and whatever airplane cabin he happens to be in while traveling between the two. In the US he drives a supercharged Jaguar, which was built in Jaguar's Browns Lane plant, thirty yards from the hospital in which he was born.

Lee spends his spare time reading, listening to music, and watching the Yankees, Aston Villa, or Marseilles soccer. He is married with a grown-up daughter. He is tall and slim, despite an appalling diet and a refusal to exercise.

Killing Floor (Jack Reacher, #1)
Ex-military policeman Jack Reacher is a drifter. He's just passing through Margrave, Georgia, and in less than an hour, he's arrested for murder. Not much of a welcome. All Jack knows is that he didn't kill anybody. At least not here. Not lately. But he doesn't stand a chance of convincing anyone. not in Margrave, Georgia. Not a chance in hell.
02

The Enemy (Jack Reacher, #8)
Jack Reacher. Hero. Loner. Soldier. Soldier’s son. An elite military cop, he was one of the army’s brightest stars. But in every cop’s life there is a turning point. One case. One messy, tangled case that can shatter a career. Turn a lawman into a renegade. And make him question words like honor, valor, and duty. For Jack Reacher, this is that case.

New Year’s Day, 1990. The Berlin Wall is coming down. The world is changing. And in a North Carolina “hot-sheets” motel, a two-star general is found dead. His briefcase is missing. Nobody knows what was in it. Within minutes Jack Reacher has his orders: Control the situation. But this situation can’t be controlled. Within hours the general’s wife is murdered hundreds of miles away. Then the dominoes really start to fall.

Two Special Forces soldiers—the toughest of the tough—are taken down, one at a time. Top military commanders are moved from place to place in a bizarre game of chess. And somewhere inside the vast worldwide fortress that is the U.S. Army, Jack Reacher—an ordinarily untouchable investigator for the 110th Special Unit—is being set up as a fall guy with the worst enemies a man can have.

But Reacher won’t quit. He’s fighting a new kind of war. And he’s taking a young female lieutenant with him on a deadly hunt that leads them from the ragged edges of a rural army post to the winding streets of Paris to a confrontation with an enemy he didn’t know he had. With his French-born mother dying—and divulging to her son one last, stunning secret—Reacher is forced to question everything he once believed…about his family, his career, his loyalties—and himself. Because this soldier’s son is on his way into the darkness, where he finds a tangled drama of desperate desires and violent death—and a conspiracy more chilling, ingenious, and treacherous than anyone could have guessed.
03

Die Trying (Jack Reacher, #2)
Alternate cover for this ISBN can be found here

In a Chicago suburb, a dentist is met in his office parking lot by three men and ordered into the trunk of his Lexus. On a downtown sidewalk, Jack Reacher and an unknown woman are abducted in broad daylight by two men - practiced and confident - who stop them at gunpoint and hustle them into the same sedan. Then Reacher and the woman are switched into a second vehicle and hauled away, leaving the dentist bound and gagged inside his car with the woman's abandoned possessions, two gallons of gasoline. . . and a burning match. The FBI is desperate to rescue the woman, a Special Agent from the Chicago office, because the FBI always - always - takes care of its own, and because this woman is not just another agent. Reacher and the woman join forces, against seemingly hopeless odds, to outwit their captors and escape. But the FBI thinks Jack is one of the kidnappers - and when they close in, the Bureau snipers will be shooting to kill.
04

One Shot (Jack Reacher, #9)
Six shots. Five dead. One heartland city thrown into a state of terror. But within hours the cops have it solved: a slam-dunk case. Except for one thing. The accused man says: You got the wrong guy. Then he says: Get Reacher for me. And sure enough, from the world he lives in—no phone, no address, no commitments–ex–military investigator Jack Reacher is coming. In Lee Child’s astonishing new thriller, Reacher’s arrival will change everything—about a case that isn’t what it seems, about lives tangled in baffling ways, about a killer who missed one shot–and by doing so give Jack Reacher one shot at the truth.…

The gunman worked from a parking structure just thirty yards away–point-blank range for a trained military sniper like James Barr. His victims were in the wrong place at the wrong time. But why does Barr want Reacher at his side? There are good reasons why Reacher is the last person Barr would want to see. But when Reacher hears Barr’s own words, he understands. And a slam-dunk case explodes. Soon Reacher is teamed with a young defense lawyer who is working against her D.A. father and dueling with a prosecution team that has an explosive secret of its own. Like most things Reacher has known in life, this case is a complex battlefield. But, as always, in battle, Reacher is at his best.

Moving in the shadows, picking his spots, Reacher gets closer and closer to the unseen enemy who is pulling the strings. And for Reacher, the only way to take him down is to know his ruthlessness and respect his cunning–and then match him shot for shot…
05

Gone Tomorrow (Jack Reacher, #13)
Suicide bombers are easy to spot. They give out all kinds of tell-tale signs. Mostly because they're nervous. By definition they're all first-timers.

There are twelve things to look for: No one who has worked in law enforcement will ever forget them.

The train brakes for Grand Central Station. Will Reacher intervene, and save lives? Or is he wrong? Will his intervention cost lives - including his own?
06

Tripwire (Jack Reacher, #3)
Jack Reacher, ex-military policeman relaxed in Key West until Costello turned up dead. The amiable PI was hired in New York by the daughter of Reacher's mentor and former commanding officer, General Garber. Garber's investigation into a Vietnam MIA sets Reacher on collision with hand-less "Hook" Hobie, hours away from his biggest score.
07

Without Fail (Jack Reacher, #6)
Skilled, cautious, and anonymous, Jack Reacher is perfect for the job: to assassinate the vice president of the United States. Theoretically, of course. A female Secret Service agent wants Reacher to find the holes in her system, and fast - because a covert group already has the vice president in their sights. They've planned well. There's just one thing they didn't plan on: Reacher.
08

“Don’t pick up [this] Jack Reacher novel if you don’t have some time on your hands, because Worth Dying For is difficult to put down. . . . Child manages to get an amazing amount of suspense into the novel.”—Associated Press

There’s deadly trouble in the corn county of Nebraska . . . and Jack Reacher walks right into it. First he falls foul of the Duncans, a local clan that has terrified an entire county into submission. But it’s the unsolved, decades-old case of a missing child that Reacher can’t let go.

The Duncans want Reacher gone—and it’s not just past secrets they’re trying to hide. For as dangerous as the Duncans are, they’re just the bottom of a criminal food chain stretching halfway around the world. For Reacher, it would have made much more sense to put some distance between himself and the hard-core trouble that’s bearing down on him. For Reacher, that was also impossible.

BONUS: This edition contains an excerpt from Lee Child's The Affair.

“A model of suspenseful storytelling and an outstanding addition to a series that stands in the front rank of modern thrillers.”—The Washington Post

“This series is about as good as pop fiction gets.”—The Miami Herald
09

The Affair (Jack Reacher, #16)
March 1997. A woman has her throat cut behind a bar in Carter Crossing, Mississippi. Just down the road is a big army base. Is the murderer a local guy - or is he a soldier?

Jack Reacher, still a major in the military police, is sent in undercover. The county sheriff is a former US Marine - and a stunningly beautiful woman. Her investigation is going nowhere. Is the Pentagon stonewalling her? Or doesn't she really want to find the killer?

Is this his last case in uniform?
10

Running Blind (Jack Reacher, #4)
Women are being murdered nationwide by a killer who leaves no trace of evidence, no fatal wounds, no signs of struggle, and no clues to an apparent motive. All the victims have one thing in common: they each knew Jack Reacher.