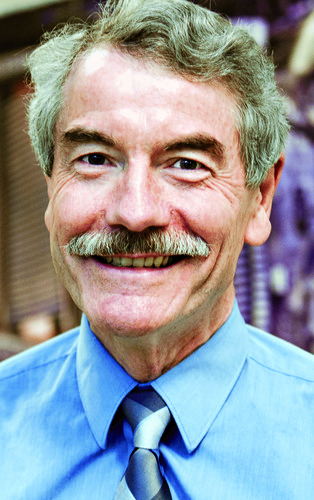 Ian Hutchinson is a plasma physicist and professor of nuclear science and engineering at Massachusetts Institute of Technology. He was born in England, educated at Cambridge University, and received his doctorate from Australian National University. His research group explores the confinement of plasmas hotter than the sun's center, aimed at producing practical energy from nuclear fusion reactions, the energy source of the stars. A frequent Veritas Forum presenter, Ian has written and spoken widely on the relationship between science and Christianity. He is the author of over two hundred research articles, and his books include Principles of Plasma Diagnostics and Monopolizing Knowledge.

Can a Scientist Believe in Miracles?: An MIT Professor Answers Questions on God and Science
Plasma physicist Ian Hutchinson has been asked hundreds of questions about faith and science:
What is faith and what is science? Are they compatible?
Are there realities science cannot explain?
Are miracles ruled out by science?
Is God's existence a scientific question?
Is the Bible consistent with the modern scientific understanding of the universe?
How did the universe begin?
How could a good God permit so much suffering in the world?
Are there scientific reasons to believe in God?

In this comprehensive volume, Hutchinson answers a full range of inquiries with sound scientific insights and measured Christian perspective. Without minimizing challenging questions, he explores how science and Christianity are mutually supportive and intellectually consistent. Both God and science truthfully address our curiosity and destiny. Find answers to your deepest questions.
03

Hutchy: Miracle Man
Ian Hutchinson - 'Hutchy' to his many thousands of fans - is a motorcycle racer like few others. A road racer to the core, he has enjoyed spectacular success at the Isle of Man TT, the North West 200 and the Ulster Grand Prix, but his own story goes far beyond even those triumphs.

In the summer of 2010, Hutchy set the record for most wins in a single Isle of Man TT festival - five in all - having already won the Supersport class at the North West 200 in Northern Ireland. Then disaster struck. At a British Supersport round in September that year, he crashed heavily after being struck by another rider's machine, breaking his left leg so badly that at one stage it was feared it might have to be amputated. After many surgical operations and a long period of recovery, he fractured the same leg in 2012 while practising exhibition-riding for a motorycle show in London.

Yet not even these disasters could keep the Yorkshireman from racing. After modifications to the gear levers and rear brakes on his race machines, he went out and won the 2013 Macau Grand Prix.Two years later saw an even more staggering return to form, when he secured three wins, a second and a third place at the 2015 Isle of Man TT, also winning the Joey Dunlop TT Championship Trophy for that year.

Hutchy: Miracle Man is a book not only for fans of motorcycle road racing, but for anyone interested in the life and career of a brilliant rider and an extraordinarily brave and enduring man, a hugely popular figure not just for his achievements, but for his unassuming modesty, kindness and humour.
04

Monopolizing Knowledge: A Scientist Refutes Religion-Denying, Reason-Destroying Scientists
Can real knowledge be found other than by science? In this unique approach to understanding today's culture wars, an MIT physicist answers emphatically yes. He shows how scientism --- the view that science is all the knowledge there is --- suffocates reason as well as religion. Tracing the history of scientism and its frequent confusion with science, Hutchinson explains what makes modern science so persuasive and powerful, but restricts its scope. Recognizing science's limitations, and properly identifying what we call nature, liberates both science and non-scientific knowledge.
06

Truth: A State Of Being Human
08

Soccer Secrets Of The Stars
09