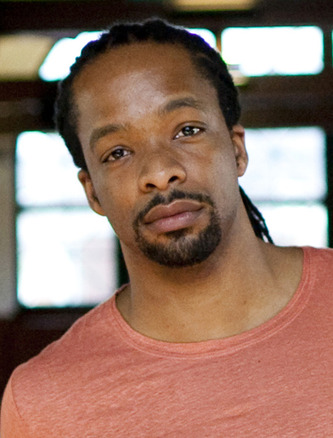 Jericho Brown worked as the speechwriter for the Mayor of New Orleans before receiving his PhD in Creative Writing and Literature from the University of Houston. He also holds an MFA from the University of New Orleans and a BA from Dillard University. The recipient of the Whiting Writers Award, the Bunting Fellowship from the Radcliffe Institute at Harvard University, and two travel fellowships to the Krakow Poetry Seminar in Poland, Brown teaches at the University of San Diego where he is the Director of the Cropper Center for Creative Writing. His poems have appeared in The Iowa Review, jubilat, Oxford American, A Public Space, and several other journals and anthologies. PLEASE, his first book, won the 2009 American Book Award.

Jericho Brown is the author of books: The Tradition, The New Testament, Please, A Year in Ink, Volume 4, Washington Square #15, Lone Star Legacy: Poetry, Prose, and History in Texas, When I Grow Up I Want to Be a List of Further Possibilities, The Queer South: LGBTQ Writers on the American South, Lovejets: Queer Male Poets on 200 Years of Walt Whitman, American Journal: Fifty Poems for Our Time

The Tradition
Jericho Brown’s daring new book The Tradition details the normalization of evil and its history at the intersection of the past and the personal. Brown’s poetic concerns are both broad and intimate, and at their very core a distillation of the incredibly human: What is safety? Who is this nation? Where does freedom truly lie? Brown makes mythical pastorals to question the terrors to which we’ve become accustomed, and to celebrate how we survive. Poems of fatherhood, legacy, blackness, queerness, worship, and trauma are propelled into stunning clarity by Brown’s mastery, and his invention of the duplex―a combination of the sonnet, the ghazal, and the blues―testament to his formal skill. The Tradition is a cutting and necessary collection, relentless in its quest for survival while revelling in a celebration of contradiction.
02

The New Testament
In The New Testament, Jericho Brown continues his tender examination of race, masculinity, and sexuality. These poems bear witness to survival in the face of brutality, while also elegizing two brothers haunted by shame, two lovers hounded by death, and an America wounded by war and numbered by religion. Brown summons myth, fable, and fairytale not to merely revise the Bible—more so to write the kind of lyric poetry we find at the source of redemption—for the profane and for the sacred.
03

Please
Poetry. African American Studies. LGBT Studies. PLEASE explores the points in our lives at which love and violence intersect. Drunk on its own rhythms and full of imaginative and often frightening imagery, PLEASE is the album playing in the background of the history and culture that surround African American/male identity and sexuality. Just as radio favorites like Marvin Gaye, Donny Hathaway, and Pink Floyd characterize loss, loneliness, addiction, and denial with their voices, these poems' chorus of speakers transform moments of intimacy and humor into spontaneous music. In PLEASE, Jericho Brown sings the influence soul culture has on American life with the accuracy of the blues.
04

A Year in Ink, Volume 4
Forty-two writers are represented in this fourth anthology from San Diego Writers, Ink, in a collection that includes poetry, short stories, novel and memoir excerpts, creative nonfiction, and flash fiction.
05

Lone Star Legacy: Poetry, Prose, and History in Texas
Lone Star Legacy details the struggles, existence, and triumphs of trailblazing men and women who have contributed to African-American History throughout Texas.
07

When I Grow Up I Want to Be a List of Further Possibilities
In this ferocious and tender debut, Chen Chen investigates inherited forms of love and family—the strained relationship between a mother and son, the cost of necessary goodbyes—all from Asian American, immigrant, and queer perspectives. Holding all accountable, this collection fully embraces the loss, grief, and abundant joy that come with charting one’s own path in identity, life, and love.

Lovejets: Queer Male Poets on 200 Years of Walt Whitman
Where the heck have you been, Walt Whitman?

Walt Whitman, author of Leaves of Grass, was born in 1819. The Stonewall riots happened 150 years later. On the bicentennial of Whitman’s birth and the 50th anniversary of Stonewall, over 80 poets pay homage to not only Walt Whitman, but also to queer poets and queer poetry and the vast and various events, revolutions public and private, that have shaken our world since 1819: who we are, where we are, where we have been, and where we might be going in the 21st century.

“This wide and impressive range of poetry echoing the spirit of Walt Whitman and his literary forebears demonstrates the essential embrace of community that we’ve always needed to feel whole with ourselves and among others, especially now during these tumultuous times. Celebrating what had to be largely hidden from view during Whitman’s day, the living queer male poets who grace the pages trumpet a glorious and unforgettable spectacle of passion and compassion.” —Richard Blanco, Presidential Inaugural Poet


About the Editor: Raymond Luczak is the author and editor of over 20 books, including Flannelwood. He lives in Minneapolis, Minnesota.
10

American Journal: Fifty Poems for Our Time
Selected and with an Introduction by Tracy K. Smith

Co-published by Graywolf Press and the Library of Congress, American Journal presents fifty contemporary poems that explore and celebrate our country and our lives. Poet Laureate of the United States and Pulitzer Prize winner Tracy K. Smith has gathered a remarkable chorus of voices that ring up and down the registers of American poetry. In the elegant arrangement of this anthology, we hear stories from rural communities and urban centers, laments of loss in war and in grief, experiences of immigrants, outcries at injustices, and poems that honor elders, evoke history, and praise our efforts to see and understand one another. Taking its title from a poem by Robert Hayden, the first African American appointed as Consultant in Poetry to the Library of Congress, American Journal investigates our time with curiosity, wonder, and compassion.