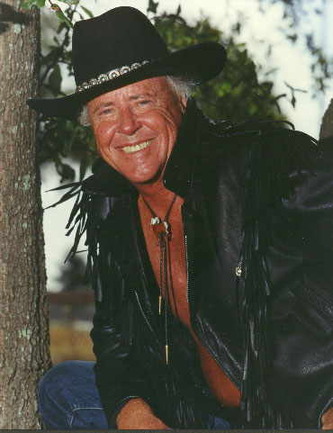 Robert Newton Peck is an American author of books for young adults. His titles include Soup and A Day No Pigs Would Die. He claims to have been born on February 17, 1928, in Vermont, but has refused to specify where. Similarly, he claims to have graduated from a high school in Texas, which he has also refused to identify. Some sources state that he was born in Nashville, Tennessee (supposedly where his mother was born, though other sources indicate she was born in Ticonderoga, New York, and that Peck, himself, may have been born there.) The only reasonably certain Vermont connection is that his father was born in Cornwall.

Peck has written over sixty books including a great book explaining his childhood to becoming a teenager working on the farm called: A Day no Pigs would Die

He was a smart student, although his schooling was cut short by World War II. During and shortly after the conflict, he served as a machine-gunner in the U.S. Army 88th Infantry Division. Upon returning to the United States, he entered Rollins College, graduating in 1953. He then entered Cornell Law School, but never finished his course of study.

Newton married Dorothy Anne Houston and fathered two children, Anne and Christopher. The best man at the wedding and the godfather to the children was Fred Rogers of Mr. Roger's Neighborhood fame.

A Day No Pigs Would Die was his first novel, published in 1972 when he was already 44 years old. From then on he continued his lifelong journey through literature. To date, he has been credited for writing 55 fiction books, 6 nonfiction books, 35 songs, 3 television specials and over a hundred poems.

Several of his historical novels are about Fort Ticonderoga: Fawn, Hang for Treason, The King's Iron.

In 1993, Peck was diagnosed with oral cancer, but survived. As of 2005, he was living in Longwood, Florida, where he has in the past served as the director of the Rollins College Writers Conference. Peck sings in a barbershop quartet, plays ragtime piano, and is an enthusiastic speaker. His hobby is visiting schools, "to turn kids on to books."

A Day No Pigs Would Die
Out of a rare American tradition, sweet as hay, grounded in the gentle austerities of the Book of Shaker, and in the Universal countryman's acceptance of birth, death, and the hard work of wresting a life from the land comes this haunting novel of a Vermont farm boyhood.

In the daily round of his thirteenth year, as the seasons turn and the farm is tended, the boy—whose time is the only-yesterday of Calvin Coolidge, whose people are the Plain People living without "frills" in the Shaker Way—becomes a man.

That is all, and it is everything. The boy is mauled by Apron, the neighbor's ailing cow whom he helps, alone, to give birth. The grateful farmer brings him a gift—a newborn pig. His father at first demurs ("We thank you, Brother Tanner," said Papa, "but it's not the Shaker Way to take frills for being neighborly. All that Robert done was what any farmer would do for another") but is persuaded. Rob keeps the pig, names her, and gives her his devotion... He wrestles with grammar in the schoolhouse. He hears rumors of sin. He is taken—at last—to the Rutland Fair. He broadens his heart to make room even for Baptists. And when his father, who can neither read nor cipher, whose hands are bloodied by his trade, whose wisdom and mastery of country things are bred in the bone, entrusts Rob with his final secret, the boy makes the sacrifice that completes his passage into manhood.

All is told with quiet humor and simplicity. Here are lives lived by earthy reason—in a novel that, like a hoedown country fiddler's tune, rings at the same time with both poignancy and cheer.
02

Soup (Soup, #1)
When it came to getting the two of us in trouble, Soup was a regular genius....Soup was my best pal. His real and righteous name was Luther Wesley Vinson, but nobody called him Luther. He didn't like it. I called him Luther just once, which promoted Soup to break me of a very bad habit before it really got formed. As soon as the swelling went out of my lip, I called him Soup instead of Thoop.Here are the stories of that friendship, and of the troubles--stories from a boyhood filled with barrels to roll in, apples to whip, windows to break, ropes to bind prisoners, acorn pepes, and ten-cent Saturday movies.

But then as always nothing was quite as important as a best friend.
03

Soup & Me
Soup is back again, getting himself and his best pal Rob into more and better mischief.

From the crisp Vermont spring to the chill of winter, Soup and Rob learn, among other things: not to leave their clothes on the bank of the creek when Janice Riker is around, that Soup's tonsorial talents leave a lot to be desired, to chase a runaway pumpkin down Sutter's hill, to blaze a trail through Mrs. Stetson's marigolds, to have a fight with a turkey, and to provide Miss Kelly with a Christmas she'll never forget.
04

Soup for President (Soup, #3)
"Who will Robert vote for when his best friend, Soup, and his girlfriend are running for class president? Peck's folksy humor is at its best here: even readers who don't usually read this sort of book will enjoy Soup. Set in rural Vermont during the 1930's."--School Library Journey
05

A Part of the Sky
In celebration of the twenty-fifth anniversary of the publication of Robert Newton Peck's bestselling classic, A Day No Pigs Would Die, here is the eagerly anticipated sequel. This must for schools, libraries, and summer reading lists is now available for the first time in paperback. Times are difficult during the Great Depression, and thirteen-year-old Rob Peck must struggle to keep his family together after the death of his father. Disaster after disaster strikes and the family is forced to sell their farm. Relying solely on their strong Shaker faith and close family ties, the Pecks finally prevail and young Rob learns that true wealth extends beyond money and that real values are priceless.
06

Soup on Wheels (Soup, #5)
"Impeccably Peck! Quick action and continuing shenanigans abound as Rob and Soup compete for the frist place prize in the small town 'Mardy Grah'. Soup lovers and new admirers will enjoy the wit and humor of the highly entertaining book: hilarious subplot and action moves the story to a too-soon ending."—School Library Journal
07

Soup on Ice (Soup, #8)
You'd better watch out! Christmastime is here, and Soup and Rob are trying as hard as they can to be good and keep out of trouble. Not only do they both want the same present more than anything in the world, but they can't wait until the tree-lighting ceremony on Christmas Eve. Something special is going to happen.

But as usual, Soup and Rob get involved in their own special plans for the big night. Little do they know what a wild and woolly Christmas Eve they are in for...Soup, Rob and Santa Claus are coming to town!
08

Soup in Love (Soup, #12)
When the lovely Norma Jean Bissell and a pair of twins steal their hearts, best pals Soup and Rob win the prize for best Valentine in town. The huge contraption they create, however, is too big for them to move alone. But convincing the two strongest kids--who are also the meanest--to help will require all the cunning Soup and Rob can muster. Illustrated.
09

Horse Thief
After losing two fingers in his first bull ride, seventeen-year-old Tullis Yoder worries he'll never have a chance to top another bull. Then the rodeo show he works for goes broke, and he learns that its thirteen horses, his only family, will be slaughtered for dog meat. With the help of a lady doctor and an aging professional horse thief, Tullis steals his beloved horses. He wants to set the horses free, but with crooks, three sheriffs, and a powerful judge after him, will he have a chance?
10

Soup's Drum (Soup, #4)
It's love at first sight when Soup meets Juliet Rapture, the new girl at school. To impress her, Soup talks Rob into a scheme for the town's Fourth of July celebration. They plan on being the star attraction as they beat the gigantic drum.