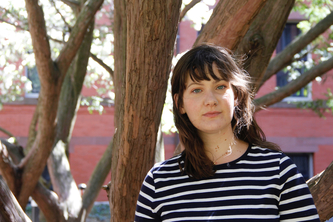 Dead Girls: Essays on Surviving an American Obsession
A collection of poignant, perceptive essays that expertly blends the personal and political in an exploration of American culture through the lens of our obsession with dead women.

In her debut collection, Alice Bolin turns a critical eye to literature and pop culture, the way media consumption reflects American society, and her own place within it. From essays on Joan Didion and James Baldwin to Twin Peaks, Britney Spears, and Serial, Bolin illuminates our widespread obsession with women who are abused, killed, and disenfranchised, and whose bodies (dead and alive) are used as props to bolster a man’s story.

From chronicling life in Los Angeles to dissecting the “Dead Girl Show” to analyzing literary witches and werewolves, this collection challenges the narratives we create and tell ourselves, delving into the hazards of toxic masculinity and those of white womanhood. Beginning with the problem of dead women in fiction, it expands to the larger problems of living women—both the persistent injustices they suffer and the oppression that white women help perpetrate.

Sharp, incisive, and revelatory, Dead Girls is a much-needed dialogue on women’s role in the media and in our culture.
02