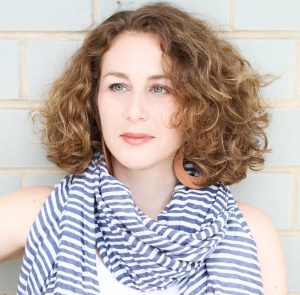 Jill Santopolo is the author of the The Light We Lost, the Alec Flint Mysteries, the Sparkle Spa series, and the Follow Your Heart books. She holds a BA in English Literature from Columbia University, an MFA in Writing for Children from the Vermont College of Fine Arts, and a certificate in Intellectual Property Law from NYU. Jill is also the Editorial Director of Philomel Books, an imprint of Penguin Young Readers Group. When she’s not writing or editing, Jill is a thesis advisor at The New School in their MFA program in Writing for Children and Young Adults and is on the faculty of the Columbia Publishing Course. Jill has traveled all over the U.S.—and to Canada and Europe—to speak about writing and storytelling. She lives in New York City.

The Light We Lost
He was the first person to inspire her, to move her, to truly understand her. Was he meant to be the last?

Lucy is faced with a life-altering choice. But before she can make her decision, she must start her story—their story—at the very beginning.

Lucy and Gabe meet as seniors at Columbia University on a day that changes both of their lives forever. Together, they decide they want their lives to mean something, to matter. When they meet again a year later, it seems fated—perhaps they’ll find life’s meaning in each other. But then Gabe becomes a photojournalist assigned to the Middle East and Lucy pursues a career in New York. What follows is a thirteen-year journey of dreams, desires, jealousies, betrayals, and, ultimately, of love. Was it fate that brought them together? Is it choice that has kept them away? Their journey takes Lucy and Gabe continents apart, but never out of each other’s hearts.
02

More Than Words
From the New York Times bestselling author of The Light We Lost comes a tender and moving new novel about a woman at a crossroads after the death of her father, and caught between the love of two men.

Nina Gregory has always been a good daughter, a good girlfriend. Raised by her father, owner of New York City's glamorous Gregory Hotels, after her mother's death, Nina was taught that family, reputation, and legacy are what matter most. And her boyfriend Tim, thoughtful, kind, and honest, not to mention her best friend since childhood, feels the same. But after Nina's father passes away, she learns he may not have practiced what he preached.

As her world falls apart, Nina begins to question everything she thought she knew and to see the men in her life--her father, her boyfriend, and unexpectedly, her handsome and attentive boss, Rafael--in a new light. Soon Nina finds herself caught between the world she knows and loves, and a passion that could upend everything.

More than Words is a heartbreaking and romantic novel about grief, loss, love, and self-discovery, and how we choose which life we are meant to live.
03

Summer Love
For fans of The Bachelorette, a personalized summer romance with 13 possible endings!

Summer is all about relaxing and having fun. But it’s even better when you find the right guy to share it with. In this original romance, you get to choose how to find your happy ending, which can result in a kiss from one of eleven swoon-worthy guys. At the end of each chapter, you decide how to continue your journey to find love, and the endings are based entirely on the choices you make while reading. Every selection counts and the possibilities are endless. Not ready for romance? No problem! There are different endings to satisfy every reader, so you're guaranteed one fabulous beachside summer!
04

All That Glitters (Sparkle Spa, #1)
Aly and Brooke open a nail salon just for kids in this first book of the Sparkle Spa series!

Sisters Aly and Brooke love spending time at their mom’s popular and successful nail salon—it’s their “home away from home.” At the end of another incredibly busy day, Mom complains she is completely overwhelmed at work, even more so by all the kids who come to have manis and pedis. That’s when the sisters have a brilliant idea: Why don’t they open up a mini nail salon just for kids within Mom’s store? Their plan needs a bit of polish, but all signs point to success…
05

The Nina, the Pinta, and the Vanishing Treasure (Alec Flint, #1)
Join Alec Flint for his first case as he becomes the most undercover detective in Laurel Hollows!

Alec Flint is practicing to be a super sleuth. He's even got a pair of super sleuth pants with lots of pockets to hide his detective tools and a sidekick, Gina, who's a bit bossy, but a really great sleuth and friend. When his dad, a local police officer, tells Alec the Christopher Columbus exhibit has gone missing from the town museum, Alec is on the case!

Love on the Lifts
Pick your path to find the perfect guy in this personalized romance set on the ski slopes! A book version of The Bachelorette!

What better way to spend your vacation than on the slopes? In this unique romance, the reader’s in the driver’s seat—creating her own path through the narrative and ending with one of eleven different guys. By making selections at the end of each chapter, the reader decides who will be her perfect match. It could be the athletic ski instructor, one of the adorable twin brothers in the lodge, or the sweet guy with the broken leg by the fireplace. Finding your dream guy couldn’t be easier, and it all takes place against the snowy backdrop of a romantic ski resort. And if not all readers are looking for love, there are other options: to hang with your sister, make new friends, or spend some time alone. But any way you slice it, every reader will have their love on the lifts!
08

True Colors (Sparkle Spa, #4)
The Sparkle Spa salon has never been busier—which is why it’s a big problem when a broken arm puts Brooke out of commission!

When Brooke breaks her arm, it’s disastrous timing for the Sparkle Spa. The Auden Angels soccer team needs Rainbow Sparkles pedicures for good luck in the quarter finals. The girls in the Fall Dance recital are counting on the Sparkle Spa to make them look awesome. And Brooke can’t possibly do manis and pedis with one hand! Aly needs help—and she needs it fast. So when Brooke’s best friend Sophie proves she’s a super fantastic manicurist, Aly hires her. But when Brooke finds out what her sister’s been up to behind her back, can she see reason instead of red?
10