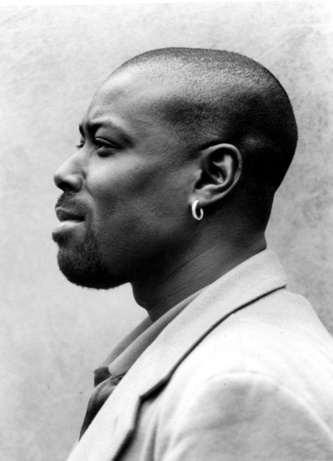 Randall Kenan's first novel, A Visitation of Spirits was published by Grove Press in 1989; and a collection of stories, Let the Dead Bury Their Dead, was published in 1992 by Harcourt, Brace. That collection was nominated for the Los Angeles Times Book Award for Fiction, was a finalist for the National Book Critics Circle Award, and was among The New York Times Notable Books of 1992. He is also the author of a young adult biography of James Baldwin (1993), and wrote the text for Norman Mauskoff=s book of photographs, A Time Not Here: The Mississippi Delta (1997). Walking on Water: Black American Lives at the Turn of the Twenty-First Century was published by Alfred A. Knopf in 1999, and was nominated for the Southern Book Award. His latest book, The Fire This Time, was published in May 2007. He is currently working on a novel, There’s A Man Going Round Taking Names, set in North Carolina and New York City; and a book about the North Carolina hog industry.

He is the recipient of a Guggenheim Fellowship, a Whiting Writers Award, the Sherwood Anderson Award, the John Dos Passos Prize, and was the 1997 Rome Prize winner from the American Academy of Arts and Letters.

Currently he is Associate Professor of English and Comparative Literature at UNC-Chapel Hill.

Randall Kenan is the author of books: Let the Dead Bury Their Dead, A Visitation of Spirits, If I Had Two Wings, The Fire This Time, Walking On Water: Black American Lives At The Turn Of The Twenty First Century, The Carolina Table: North Carolina Writers on Food, Twenty-Seven Views of Hillsborough, James Baldwin, James Baldwin:American Writer, lives of notable gay men and lesbians, The Cross of Redemption: Uncollected Writings

Let the Dead Bury Their Dead
Set in North Carolina, these are stories about blacks and whites, young and old, rural and sophisticated, the real and fantastical. Named a New York Times Notable Book of the Year, nominated for the 1992 National Book Critics Circle Award, and given the Lambda Award.

A Visitation of Spirits
"Marks the debut of a very gifted writer.... Kenan speaks eloquently and with a great deal of courage."--Gloria Naylor

Randall Kenan's daring and innovative first novel weaves a vivid and horrific tale through the generations of a black Southern family.

Sixteen-year old Horace Cross is plagued by issues that hover in his impressionable spirit and take shape in his mind as loathsome demons, culminating in one night of horrible and tragic transformation. In the face of Horace's fate, his cousin Reverend James "Jimmy" Green questions the values of a community that nourishes a boy, places their hopes for salvation on him, only to deny him his destiny.

Told in a montage of voices and memories, A Visitation of the Spirits just how richly populated a family's present is with the spirits of the past and the future.
03

If I Had Two Wings
When Randall Kenan’s first collection was published, the New York Times called it “nothing short of a wonder-book.” Now, with inventiveness seasoned by maturity and shot through with humor, Kenan riffs on appetites of all kinds, on the eerie persistence of history, on unstoppable losses and unexpected salvations.

In Kenan’s fictional territory of Tims Creek, North Carolina, an old man rages in his nursing home, a parson beats up an adulterer, a rich man is haunted by a hog, and an elderly woman turns unwitting miracle worker. A retired plumber travels to Manhattan, where Billy Idol sweeps him into his entourage. An architect who lost his famous lover to AIDS reconnects with a high school fling. Howard Hughes seeks out the woman who once cooked him butter beans.

A rich chorus of voices and visions, dreams and prophecies, marked by physicality and spirit, If I Had Two Wings is a glory.
04

The Fire This Time
James Baldwin's "The Fire Next Time" was one of the essential books of the sixties, and one of the most galvanizing statements of the American civil rights movement.
Now, in the wake of Hurricane Katrina, with a new generation of Americans confronting what Baldwin called our "racial nightmare," acclaimed writer Randall Kenan asks: How far have we come?
Combining elements of memoir and commentary, Kenan's critical eye ranges from his childhood to the present to observe that, while there have been dramatic advances, some old issues have combined with new ones to bedevil us: "Nigger" has become a hip usage; the African-Americans that have finally attained prominent political positions are, more often than not, arch-conservatives; the Christian and Muslim religions so central to the civil rights movement have become more intolerant, while the stirring spiritual music that inspired it has been replaced by an aggressive form of hip-hop.
Starting with W. E. B. Du Bois and Martin Luther King, Jr., Kenan expands the discussion to include many of today's most powerful personalities, such as Oprah Winfrey, O. J. Simpson, Clarence Thomas, Rodney King, Sean "Puffy" Combs, George Foreman, and Barack Obama.
Published to mark the forty-fifth anniversary of James Baldwin's epochal work, this homage by novelist, essayist, and Baldwin biographer Kenan is itself a piercing consideration of the times, and an impassioned call to transcend them.
05

Walking On Water: Black American Lives At The Turn Of The Twenty First Century
This delicious and diverse sampler of African American life culled from over 200 interviews by author Randall Kenan shows that the American idea of "blackness" is as vast as the United States itself and cannot be pinned down to simplistic sociological clichés. "More than a book of analysis," Kenan writes, "this is my book of soul searching. I am asking who we are." Crisscrossing North America, he visits some familiar settings--Oakland, New Orleans, and New York--and some unusual places (including Bangor, Maine, and Maidstone, Saskatchewan) to discover how everyday black folks deal with issues of race, identity, and nationality. From a black minister in Mormon Utah to a female judge in skinhead country to the state of blacks in the would-be utopia of Seattle, Kenan paints a revealing portrait of a people whose presence and perseverance may forge a better America in the 21st century. --Eugene Holley Jr.
06

Twenty-Seven Views of Hillsborough
Centrally located with easy access to both the Triangle and the Triad in North Carolina, the community of Hillsborough has a lot of history. The downtown historic district boasts more than 100 homes, churches, and buildings from the late 18th and 19th centuries, thus earning it a listing on the National Register of Historic Places. The building that now houses the visitor center served as General Joseph E. Johnston's headquarters when he surrendered the largest of the Confederate armies to General William T. Sherman at the end of the Civil War.
But something other than history has drawn dozens of writers to make this town their home. In 27 Views of Hillsborough, over two dozen authors who currently live here or who have lived here in the past use fiction, essays, and poetry to tell of the community's past and present. Some of the authors whose work is included are Allan Gurganus, Lee Smith, Michael Malone, Randall Kenan, Jill McCorkle, Craig Nova, Barry Jacobs, Peter Wood, Jerry Eidenier, Nancy Goodwin, Hal Crowther, Jaki Shelton Green, and Jeffrey Beam.
08

James Baldwin:American Writer, lives of notable gay men and lesbians
Describes the life of the writer James Baldwin, focusing on his experiences as an African-American civil rights worker and as a gay man.
10

The Cross of Redemption: Uncollected Writings